﻿﻿A National Archives official called the scope of the case "truly breathtaking." The indictment charges that the two men pilfered and sold copies of speeches from a former president and took a land grant signed by Abraham Lincoln along with a letter to John Paul Jones.
For more details, read the article in the Baltimore Sun.
﻿
﻿Were you offered or did you buy from these men?

The FBI is seeking information regarding Barry H. Landau and Jason James Savedoff, both residents of New York City. The FBI believes that Mr. Landau and Mr. Savedoff may have contacted dealers and collectors offering items for sale. If Mr. Landau or Mr. Savedoff have contacted you in reference to the sale of a historical document, please contact FBI Baltimore at 1-410-265-8080.
Posted by Steve at 4:20 PM No comments:

Jeter should have given fan big check for 3,000th hit

Phil Mushnick wrote an interesting article in the NY Post.

Jeter should have given fan big check for 3,000th hit - NYPOST.com

Jeter will probably make more in one month than Christian Lopez will make in his lifetime. Should he have accepted the ball for free? What say you?
Posted by Steve at 2:39 PM 1 comment: 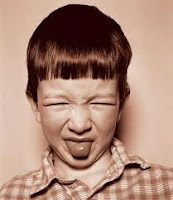 I don't think so.

Electronically "signed" e-books not so much. Yuck.

Do Authors Dream of Electric Book Signings? Kindlegraph Hopes So
Posted by Steve at 11:41 AM 1 comment:

Email ThisBlogThis!Share to TwitterShare to FacebookShare to Pinterest
Labels: autographs

Here's an interview with UACC Vice President, Anthony Pizzitola regarding Neil Armstrong's autograph policy. Kudos to Anthony for getting a great interview to plug the UACC Study, Neil Armstrong: The Quest for His Autograph.

Two of the images used in the graphics are items from my collection!


Spotting Real Armstrong in Sea of Phonies: MyFoxHOUSTON.com
Posted by Steve at 8:59 AM 1 comment: