Experienced autograph collectors have known for a long time charity auctions are a minefield of bad autographs. Not that the charity auctions knowingly offer non-authentic items, but rather they are victimized themselves by unknowingly obtaining bad material from dishonest dealers and distributors.

This is a great expose from Fox 19 in Cincinnati that shows the notorious Coach's Corner was the source of many bad items featured in one particular charity auction. The interview features Steve Cyrkin, publisher of Autograph Magazine and music expert Roger Epperson.

You're gonna need a bigger boat

Ok, I know that line was spoken in Jaws by Roy Scheider, but it's such a great line I look for any excuse to use it.

Very happy to add a Richard Dreyfus signed Jaws pose to my collection.

On July 21 of last year I wrote about a suspect Derek Jeter autographed hat with a Steiner hologram. In the interim, there have been more scattered reports of suspect items bearing Steiner holograms.

This item is currently on eBay with a highly suspect Mariano Rivera autograph and bearing a Steiner hologram. 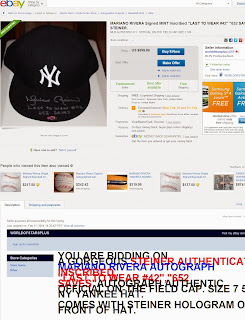 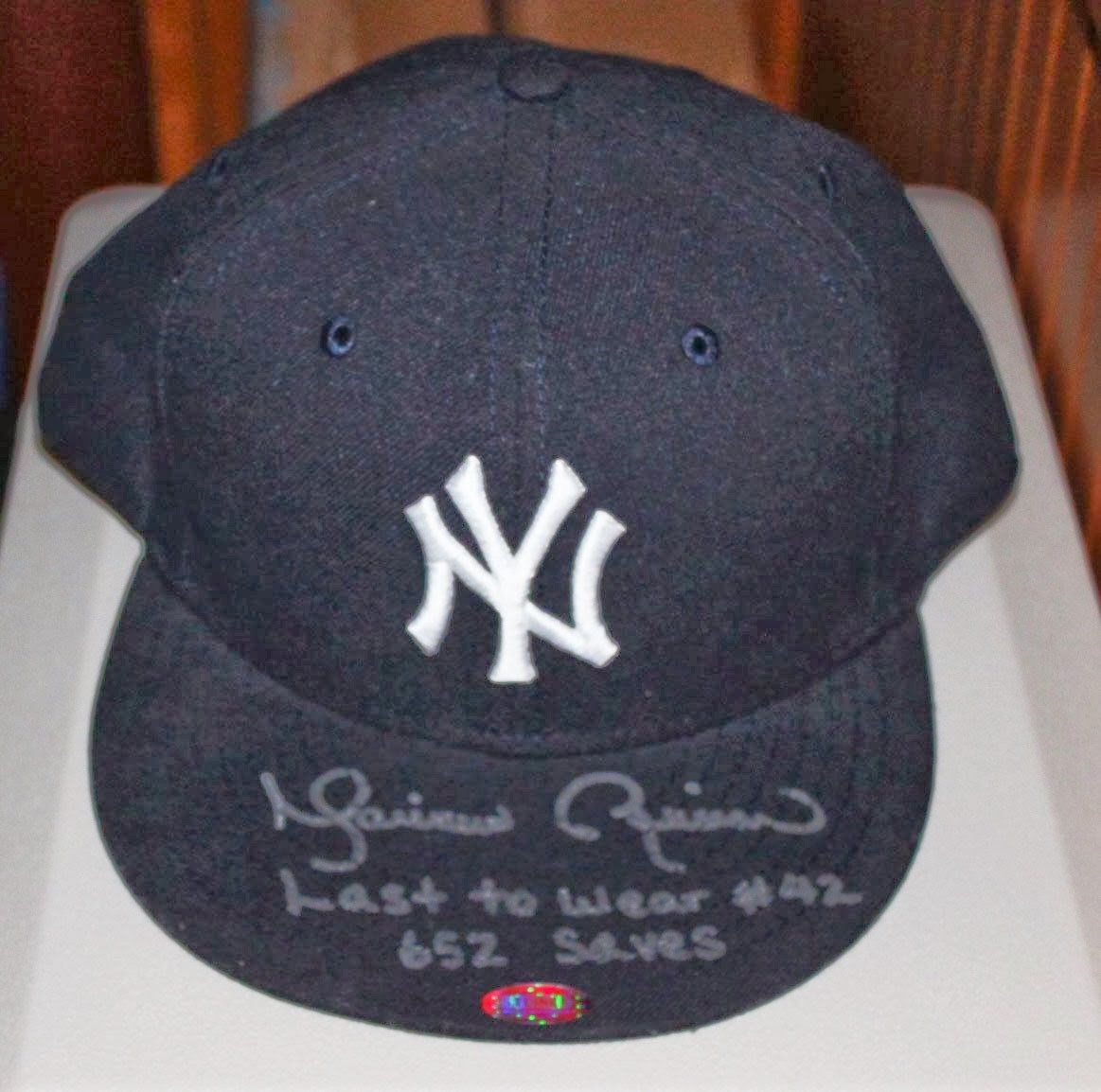 I'm not implying any wrongdoing on the part of Steiner because it is clear they are a reputable company who sells authentic material. But have their holograms been compromised? Is someone counterfeiting them or have dishonest people devised a way to remove them from authentic items without damage and place them on bad items?

Steiner has a very valuable reputation to protect and they need to get to the bottom of this. As I wrote in my previous post, if collectors begin to lose confidence in first party autograph distributors like  Steiner, it would be a significant blow to the entire market.
Posted by Steve at 1:41 PM No comments:

As usual, I am running behind! But as they say, better late than never.

In 2013 I was able to maintain a relatively tight focus and for the first time I felt like I really avoided the temptation of impulse buys. I was not perfect, but my impulse buys I could count on one hand and they were not big purchases.

So, without any further ado, here are some collecting highlights from 2013.

One of my goals was to build a complete set of the Kniga Vostok postal covers. These covers were officially signed under supervision on January 10, 1964 by cosmonauts from the 6 Vostok missions. For those not familiar with the space program, Vostok was the Soviet Union's "Mercury Program." These postal covers were issued by the Russian agency for foreign trades, Kniga.

For the record, this is the only official signing Yuri Gagarin ever participated in, and some collectors view this as the only 100% certain way to obtain a Gagarin signature that is undoubtedly authentic.


I also added this Bill Anders, Apollo 8, signed photo to my collection. Anders is widely regarded as the least common and toughest signer of all flown astronauts.

This may be among my favorite acquisitions of 2013... a limited edition lithograph signed by the crew of Apollo 8 issued through the San Diego Air and Space Museum.

It wasn't all space, however. I also expanded my baseball collection.


And, I got the itch to work on my Star Wars collection.

I haven't been collecting comics as actively as I have in the past, but occasionally I'll see an uncommon book from my want list and I need to strike while I can. I have been collecting Actions Comics war covers for over 10 years now, and unfortunately the price has gone up faster than I can buy them! So, I am lucky to add one or two a year when they occasionally appear.

Well, that is just a few highlights, but it slams the lid on things for 2013. Best wishes and happy collecting in 2014!
Posted by Steve at 3:41 PM No comments:

As a bit of background, Verified Rights Owner (VeRO) Program is intended for license holders to remove unlicensed material such as counterfeits and bootlegs. As the eBay site indicates, "Any person or company who holds intellectual property rights (such as a copyright, trademark or patent) which may be infringed by listings or items sold on eBay is welcomed to participate in the VeRO Program." For instance, through VeRO, Coach can file a complaint and have knockoff handbags removed. Many bands are active through VeRO in reporting bootlegs for removal.

It is my impression that VeRO was not intended to remove legitimate items that were obtained legally so one seller could monopolize the market. How can Drew Brees, or anyone else, have "intellectual property rights" over the ink in their signature on an item someone else purchased?

It seems to me that when an item is signed -- for free or for a fee -- it becomes your property to do with it as you wish. The signer retains no licensing rights over the item.

Reportedly, Theo Chen of autographsforsale.com is looking for participants who have had legitimate items removed for a class action lawsuit against GTSM.

Stay tuned to see how this plays out.
Posted by Steve at 8:19 PM No comments: