Farewell to a friend

My good friend, Doug Friedle, recently left this world much too soon. Doug -- or Dooger as he was known to friends -- was a real character. Cantankerous, funny, ornery, opinionated, and passionate all fit him well.

Doug loved his country, family, the Yankees, and music and not necessarily in that order.

I first met Doug at the college radio station where we formed a friendship that would last for the next 25 years. Doug LOVED being on the radio and would fill in any shift when another DJ was a no-show. He was super reliable that way.

I actually have to thank -- or blame -- Doug for getting me started in autograph collecting. A year or two after college in the early 90s, Doug and I were hanging out and he mentioned that former Yankee Stan Bahnsen was at a nearby card shop signing autographs. He asked if I wanted to check it out. I did, and the rest is history. I haven't stopped collecting since.

Throughout the 90s, Doug and I went to a bunch of card shows in the metro New York area getting autographs from many old timers as well as contemporary players. It was always a fun day out followed by a nice lunch and chatting about college days. At his wake, Doug's family left out some of his personal mementos including a binder of signed photos. Doug often asked for the photo to be personalized to him. It was bittersweet flipping through all those photos signed to him... and knowing we were together when most of them were obtained.

It's funny how one person can affect the course of another's life in the most unexpected ways. Here I am now, a dedicated collector and professional autograph authenticator, and it all started from an off-the-cuff suggestion to go see Stan Bahnsen twenty years ago.

Thanks, Dooger. You will always be missed.
Posted by Steve at 8:41 PM No comments:

Some exciting news from the Universal Autograph Collectors Club (UACC) ... there are a number of new board members including Tricia Eaton, John Reznikoff and myself (Steve Zarelli). We are looking at new and exciting ways to grow the UACC with a focus on online initiatives, publications, signature studies and more. As always, we are looking for an energized, engaged membership to promote and protect the hobby we all love.
For all those of you that have not joined the UACC we have a special offer. The first 750 who join or renew their UACC membership will receive a FREE Rudy Vallée signed check. Vallée was the Sinatra of the 1920s and went on to perform on film, stage and radio. A $50.00 value, yours free for any renewal or new membership.

For UACC Registered Dealers, the first 70 who renew or join will receive a Ralph Kiner signed check. A $90.00 value, yours for just renewing or applying for membership.
To learn more about the UACC or to join, please go to www.uacc.org.

ACE Authentication and CSC inducted into eBay Hall of Shame 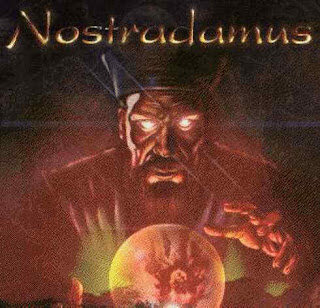 You didn't have to be Nostradamus to see this one coming...

As of March 2, 2012, ACE Authentication and CSC Collectibles, have been added to eBay's Banned COA list.

Justin Priddy, formerly of GAI, is the owner/lead authenticator of ACE. If you see Justin Priddy at a card show, perhaps you can ask him what it feels like to join the ranks of Chris Morales, Ted Taylor, Don Frangipani and Operation Bullpen related COAs.

Perhaps Nostradamus has some insight into who else will be joining the eBay Hall of Shame shortly...

Here is the complete list of eBay banned COAs/Authenticators.

Autographed items with COAs and LOAs, or references to COAs and LOAs from the following people or organizations:

Happy Second Anniversary to the CBCA!

The Comic Book Collecting Association is now two years old. With over 100 members on four continents, the organization is growing, but we could always use energized new members!

Here is the Winter 2012 Comic Book Quarterly Newsletter for your reading pleasure.